Coffee Around The World 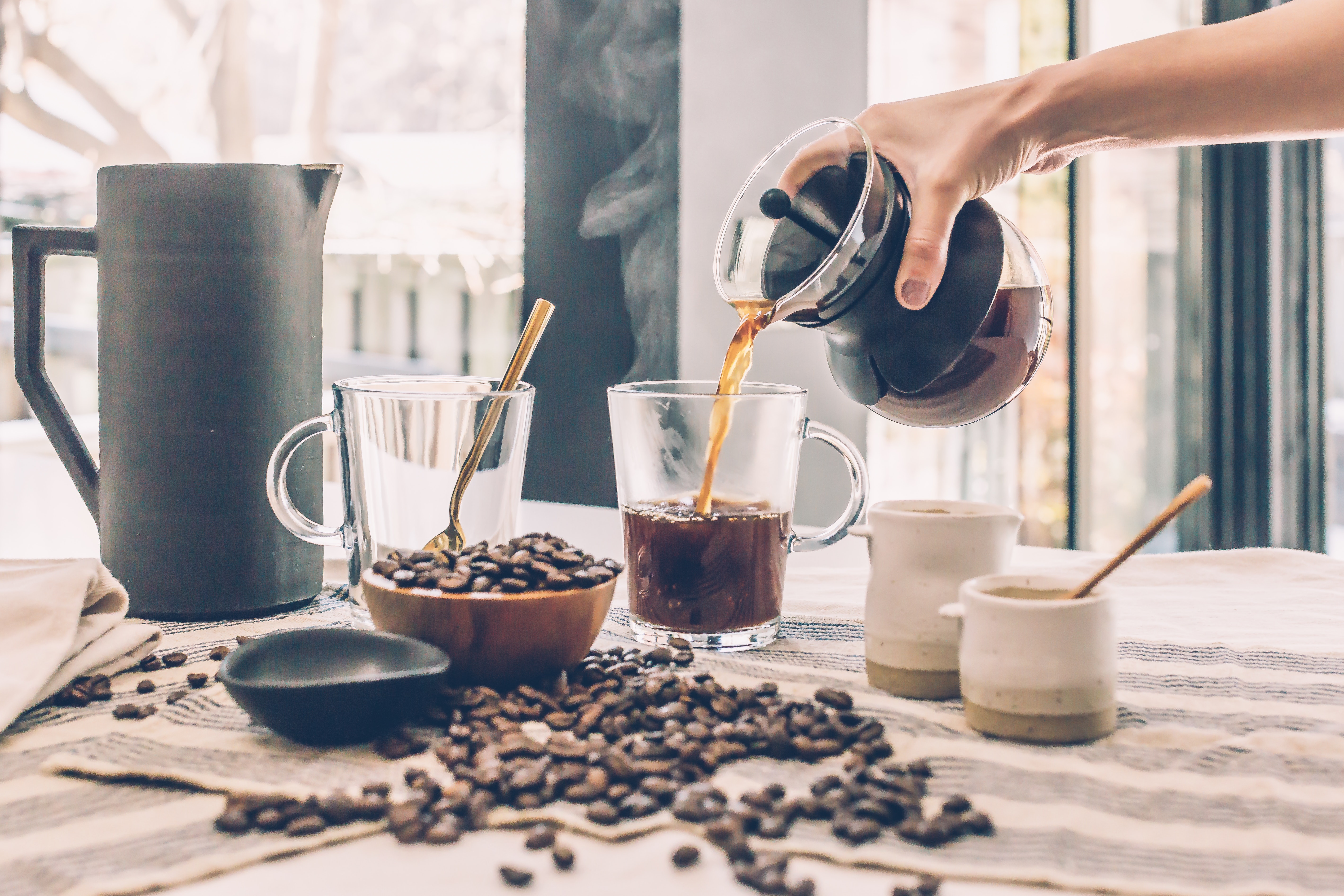 Coffee is an important part of cultures all around the world, and a morning necessity for a lot of people (including us!). September 29th is National Coffee Day, so we’re taking a look at the ways people drink coffee around the world. They all sound pretty tempting right about now…

Ok, yes you can get a Flat White at Starbucks now, but it’s originally a popular Australian coffee drink! You can make one yourself by pouring “microfoam” (milk foamed with the steam wand on an espresso machine) over a shot of espresso.

Kaapi (based on the phonetic pronunciation of coffee), or Indian filter coffee, is the preparation of choice in South Asia! Medium ground coffee is run through a special filter to create “decoction”- essentially coffee concentrate, the decoction is mixed with boiling milk and sugar, and the final drink is served in a tumbler!

Coffee culture is so integral to Swedish culture that they even have a unique word for it, “fika.” Fika basically translates to, “to have coffee,” and a “fika” usually involves a snack in addition to coffee. You can think of it as similar to the idea of the English afternoon tea.

It’s claimed that there’s an old Turkish proverb that says- “Coffee should be black as hell, strong as death, and sweet as love.” Turns out it may not be true, but it’s still a great description.

Turk Kahvesi, or Turkish Coffee, is characterized by its unfiltered preparation. This means that the coffee is very strong and actually includes the grounds! Turkish superstition says that you can read the grounds after you finish your drink to determine your fortune…

Of course, Italy is known for its Espresso, but did you know one of the classic ways to serve a shot of espresso is with a slice of lemon (to bring out the sweeter flavors of the coffee)?

Another espresso fact—it’s typically served in a small to-go cup, as the norm is to drink it standing up.

The now classic Greek summer drink, Frappe, was apparently invented by a Nescafé rep in the 1950s! It consists of iced instant coffee mixed with a lot of milk foam.

Café De Olla is a traditional Mexican coffee drink that involves a cinnamon stick, piloncillo (raw cane sugar), and is served in a clay mug to bring out the flavors.

Maybe not the best way to start your work day, but an Irish coffee offers a nice kick! It’s a coffee cocktail made with hot black coffee, a shot Irish Whiskey, sugar, and topped with thick cream. Sometimes Bailey’s (a liqueur) is substituted for the Whiskey, sugar, and cream.

Starbucks. A place not a preparation, but this now global chain has essentially become synonymous with American coffee

Want to try out a taste of foreign coffee right here in NYC? Check out these spots! We’re definitely going to be scheduling our next Lex at one of them.

Coffee Around The World