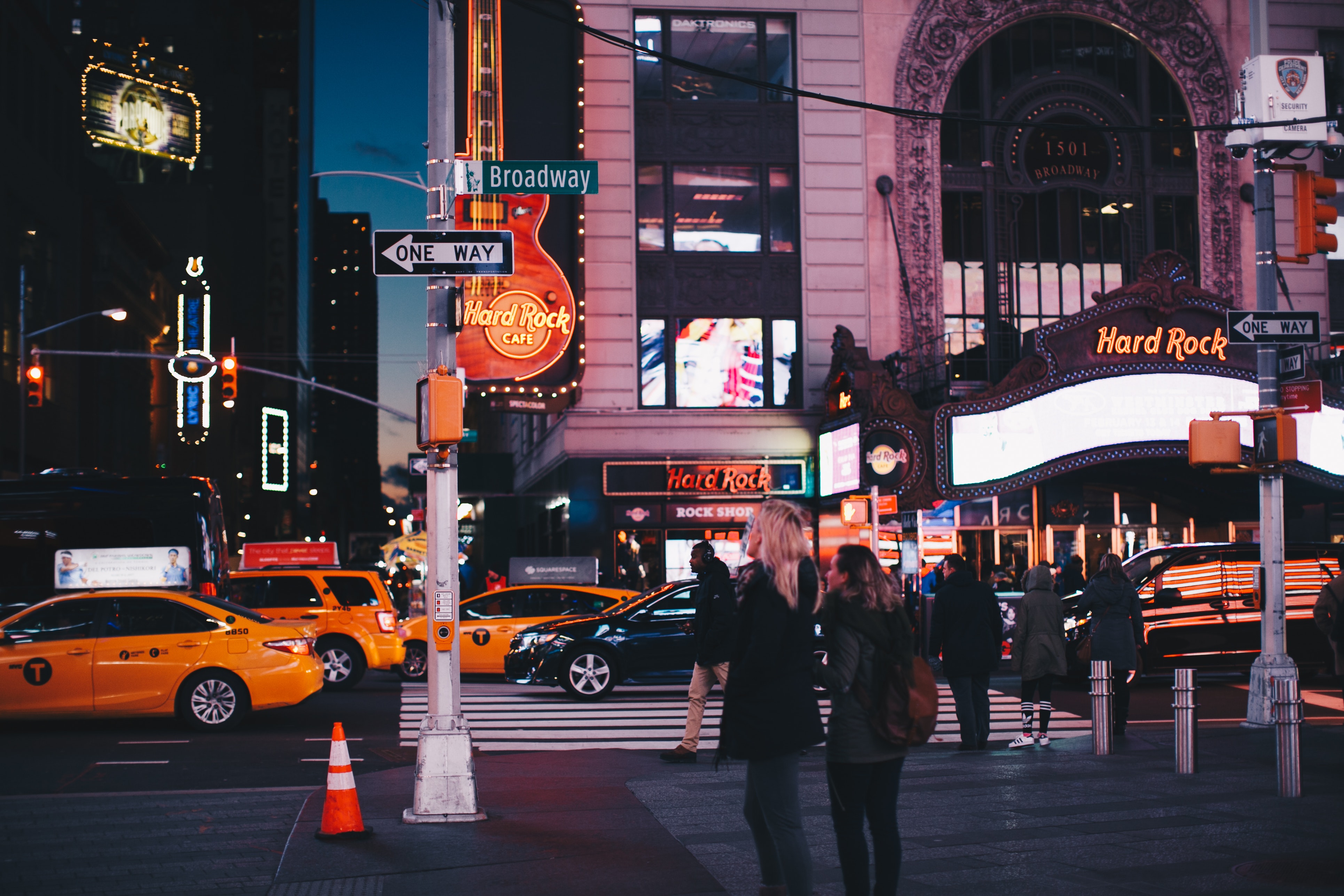 So, you're telling me you really want that Brooklyn accent? Or you want to know New Yorker lingo- you're still confused whether you're in the East or West Village, or if you're just "downtown?" Have no fear- we are here to give you some NetLEX suggestions that will help you learn these New Yorkisms!

This is such a classic New York show. It is the perfect way to learn all about New Yorker lingo. People refer to this sitcom "on the reg." Ross runs from midtown to the "Village" and back in one episode and Joey constantly "picks girls up" with his casual yet effective 'how you doin' catchphrase. One day, I was talking to my friends and they jokingly said, "but we were on a break!" and I had no idea what they were talking about! Only after beginning this show did I understand this reference. This comedy is essential for anyone living in the US, but especially those who call New York home- there are so many seasons that you'll be hooked on it for a while!

BTW: The 'Friends apartment,' where the show was filmed, is a short walk from Washington Square Park!

The other day I was near Union Square and I saw people filming this show inside a clothing store. This show resonates with all of us "non-New Yorkers." The main character, Kimmy, literally lived in a hole before she started living in New York. She has to learn to speak "New Yorker" ASAP as she is quickly immersed in the world of Broadway, catcalls, and online dating. This show is not only useful for picking up some American slang- it is hilarious and can be enjoyed by anyone, including my 60 year-old Italian host mother!

I have also seen this show being shot in the Washington Square Park fountain! I even got a picture of my friend with the actors! This show constantly shows off the city and brings the viewer to many great restaurants and tourist attractions- recognizing Smorgasburg and Thai Villa was very exciting for me! Other than giving you many new food "recs," you are also exposed to many new expressions- 'gurt' apparently stands for yogurt! For anyone learning Italian, the first two episodes of the second season are set in Italy and are completely in Italian!

Such a classic New York show! It's all over your Instagram feed- we all have that one friend who visited the Metropolitan Museum of Art and took a photo on the steps with the caption: 'Spotted: Serena and Blair on the steps of the MET, xoxo!' Yes, that is a reference to this show. There are so many reasons to keep up with Gossip Girl- from discovering new coffee shops and weekend getaways, to learning about New York elite culture and language, you're guaranteed an entertaining, gossip-filled time!

If you're looking for even more 'New Yorker' shows, check out these picks:

Sex and the City

All of these shows are highly recommended by me, and I still enjoy watching reruns of them.

Here are some tips for making the most of your NetLEX and Chill experience:

NetLEX and Chill: The Basics

Have fun learning more about how people in 'The City' talk! This is always a great topic of conversation for a Lex 'language experience' as well!